Where did Skip Bins Originate 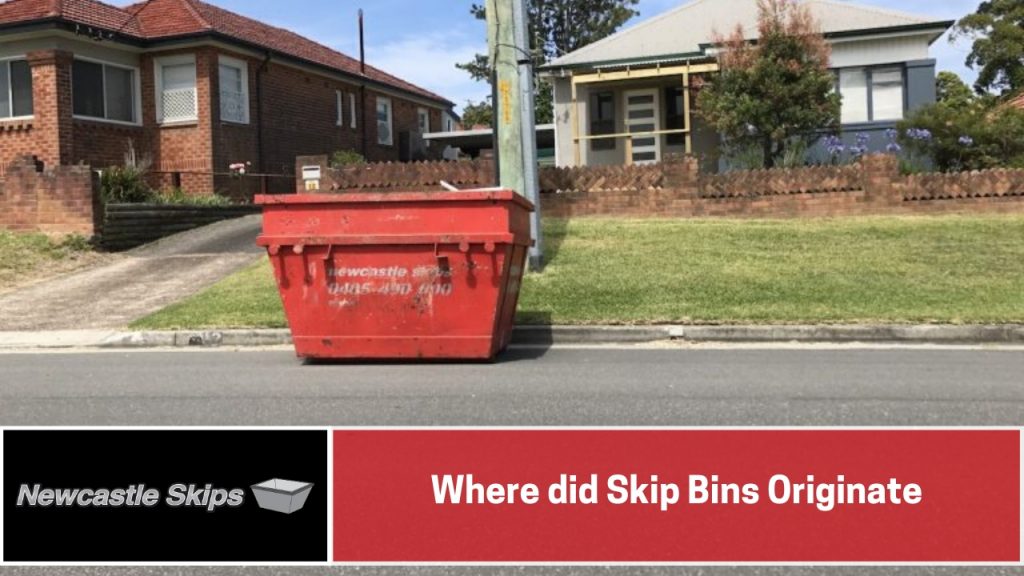 Skip bins, or ‘dumpsters’ as they are called in the other parts of the world, have an interesting history. While the stories of their origin are sketchy, it is widely believed that they began around the 1700s, when the beekeepers of Europe started using them first. At the time, the bins being used were made of bundles of straw or hollow logs. The term ‘skip bin’ finds its roots in the Norse skeppa and the Old English sceppe, meaning ‘basket’.

As the Industrial Revolution got underway, new technologies emerged and the cotton and coal mines of Europe started using extra-large wheeled baskets called ‘skeps’ that they used to move things around.

The coal miners would use these skeps to not just lift the heaps of coal from the ground but also measure its quantity. Overtime, the word ‘skep’ became ‘skip’ and the term stuck. Miners even today refer to the steel containers that run on a rail rack as skips. These containers are used to transport coal from one point to another in mines and also out of them.

The modern skip bins made their appearance in the early 1920s in the Southport region of England. These were still remarkably similar to the skips used by the coal miners and were used to remove waste.

When the engineers of Southport were presented with the problem of efficient transport and disposal of rubbish in the city, an employee of a truck manufacturing company named Pagefield suggested the use of skips that could be attached to the back of the utility vehicles.

These containers that could be loaded onto trucks would prove to be a great success compared to the horse-cart driven waste containers that could not travel long distances. This turned into a very efficient waste management system where trucks would bring large amounts of rubbish from residential areas to landfills in a short span of time. This system of skip bins and trucks is known as ‘The Pagefield System’.

By the 1960s, improvements to the Pagefield system led to the creation of the sophisticated waste transport and disposable containers we now know as the skip bins. The rise of new communities and the expansion of existing ones made it incumbent on  councils to devise new ways of collecting household and commercial waste. So, skip bins were made available for hire as well.

In Australia, horse-drawn carts were used for waste disposal up until the 1950s. However, by 1960, along with the other countries, Australia had adopted the skip bin hire system due to rapid expansion of cities and communities. Local councils would hire skip bins services for regular collection of waste from residential and commercial premises.

Today, Newcastle uses a three-pronged garbage collection system. The red lid collection id for general waste and takes place once a week. The yellow and green lid collections take place every alternate week and include recyclable material. Under these systems, the residents set the bin with the correct lid on the curb before 5AM on the designated collection day. The rubbish is then collected and transported to the nearest landfill for disposal.

Skip bin are also available for hire if you need to do large scale cleaning of your backyard, garden, or business premises. Similarly, if you are building a new house or renovating, then you need to hire a skip to haul the large amount of construction waste.

If you need a reliable skip bin hire service to help you with cleaning, give Newcastle Skip Bins a call at 0405 490 000 for a free quote.