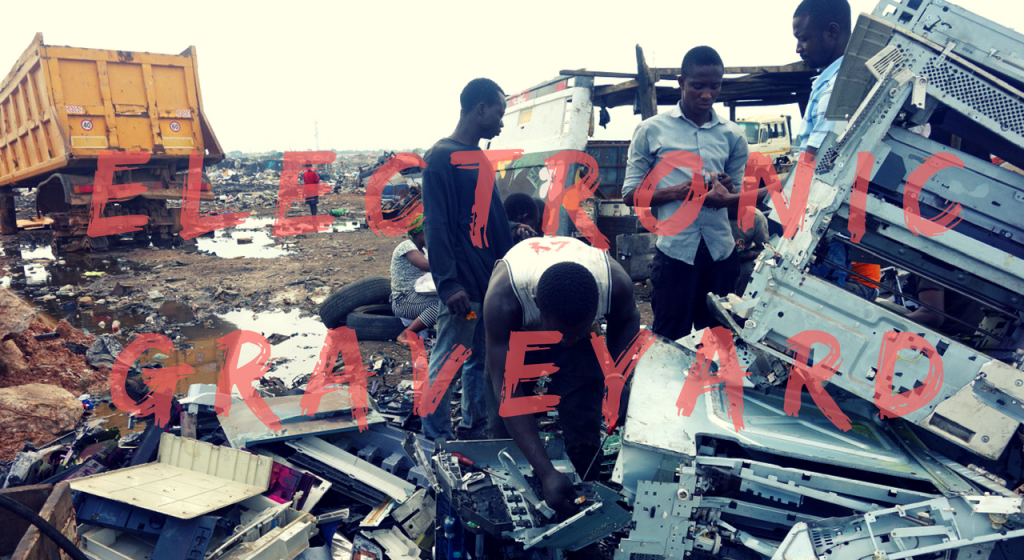 Spending quite a long time in Sydney, I have seen a huge transition in my life. As I came from Africa, I got introduced to a better life here. Yes, I totally agree living in a developed country makes me feel good, but if I look back and give it a thought, I realised that complete reliance on updated technology is one of the big reasons that make Sydney a well-off and developed city.

During the course of my medical science studies, I stumbled upon a research paper which dealt with health problems caused by toxins in people from Accra, Ghana in West Africa. And then, it was surprising to see how the electronics and other gadgets dumped from developed countries such as the US, and European countries like Italy, Netherlands, UK and much more are affecting lives of people in different parts of Africa. I was taken aback seeing the cost to others of our blindly upgrading to latest gadgets or technologies.

Some Disturbing Facts about Technology

The computer was another idea which came in and changed the way people saw the world, how they interacted with others and how they also received their information.

The invention of a laptop did more to increase the interest in computers and technology as a whole. Much more can be said for more revolutionary ideas which included the iPads, tablets and smart wearables. Everyone embraced technology, and rightly so.

The internet age brought with it an interesting aspect which was used to enhance our lives for the better. The smartphone, a revolutionary device which has managed to be the holder of information, knowledge, and wisdom for all things people might have had questions for.

People are so much in love with technology, that it became a way to make money. We all make good use of technology to make our life easy.  You might agree with me when I say that owning latest mobile phones, tablets, laptops, and other electronic appliances excite us.

Well, let me ask you, have you ever thought that what happens to your old phone, laptop or any other appliance when you happily discard it just to own a brand new model? Ask yourself? Unfortunately, those disowned pieces are often dropped into the world’s biggest dustbin – Africa.  I went to do some research, and what I saw was not really encouraging. Right in one of my favourite countries, Ghana is a so-called e-waste site called, Agbogbloshie.

The place lies in the heart of the capital city of the country, Accra, and is described as a wetland geographically. It has been the subject of many accusations to and fro among many NGOs and tech companies about illegally dumping e-waste there.

The place is known to be one which is riddled with diseases and the living conditions there are terrible. It is mostly due to the fact that it is a wetland together with a lot of accumulated waste.  It is a well-known and crowded place where rural people come looking for better opportunities. It is also said that the place is more like the Biblical cities of Sodom and Gomorrah, mostly because of the crime that the town is infested with.

Seeing a country and people who are just like me be subjected to such conditions bothered me and, therefore, I decided to do some more research into how the e-waste site was affecting residents there.

From a Wetland to a Junkyard

Though there are many disputed reports as to who is to blame for the e-waste, people agree that something has to be done. The pollution that residents in Agbogbloshie are subjected to is not fair, especially since they don’t get to enjoy the gadgets when they are working.

Most of our gadgets contain in them some not so surprisingly unfavourable metal elements in them including lead, mercury, and some toxic compounds such as arsenic and dioxins. The materials which are found in the e-waste site are usually burnt so that the metals can be recovered to be processed and resold to others.

Through the burning process, toxic materials enter the atmosphere or they can go into the ground affecting the water, soil and therefore destroys the landscape.

As a result, people can’t grow anything in this area, and they can’t certainly drink any water from there. One recent study even showed that the water and soil in this area had ten times more than the normal amount of these poisonous compounds in the area. The once fertile land is nothing less than a huge toxic junkyard.

Adverse Effects of Mountains of E-Waste

The major problem with the e-waste site is air pollution. It is a result of workers who burn the scraps as they look to recover the metals they contain. Burning is described as the best method to get metals by residents, even though they are aware of the harmful effects of hazardous.

The depressing part, which made me the most downhearted, is that the resulting material coming out from this process period are even more toxic to children. Children working on these sites are defenceless victims.

As a health professional myself, I know the consequences of inhaling such poisonous elements as arsenic, mercury, and lead. The nervous system, the reproductive system, and, more importantly, the brains of the children is severely affected. Surely much more can be done to tackle this. It is not a surprise then when you hear that most of the inhabitants of the area suffer from chronic headaches, nausea and vomiting, and chest and respiratory problems.

The worst part is that these children and residents in this area will end up suffering from diseases that they were not supposed to get in the first place, but because of humans carelessness, they become victims. Surely it’s time that we all change our attitudes and we put the same interest that we put in the launch of a new phone and also put it in where does the phone end up when it’s dead. Let’s all change our ways, including me.

Is there a way out?

Clearly so much can be done to tackle such problems, and as an African myself it gets to me when countries such as Ghana become the victim in things that they do not entirely have control over. The story doesn’t end here, as the refurbished pieces of televisions, fridges, microwaves, washing machines and many more appliances are sold all over the continent of Africa. The major countries buying such goods are Kenya, Nigeria, Tanzania, South Africa etc. Food for thought!